Why Is Breastfeeding So Hard, Anyway?

Why Is Breastfeeding So Hard, Anyway? 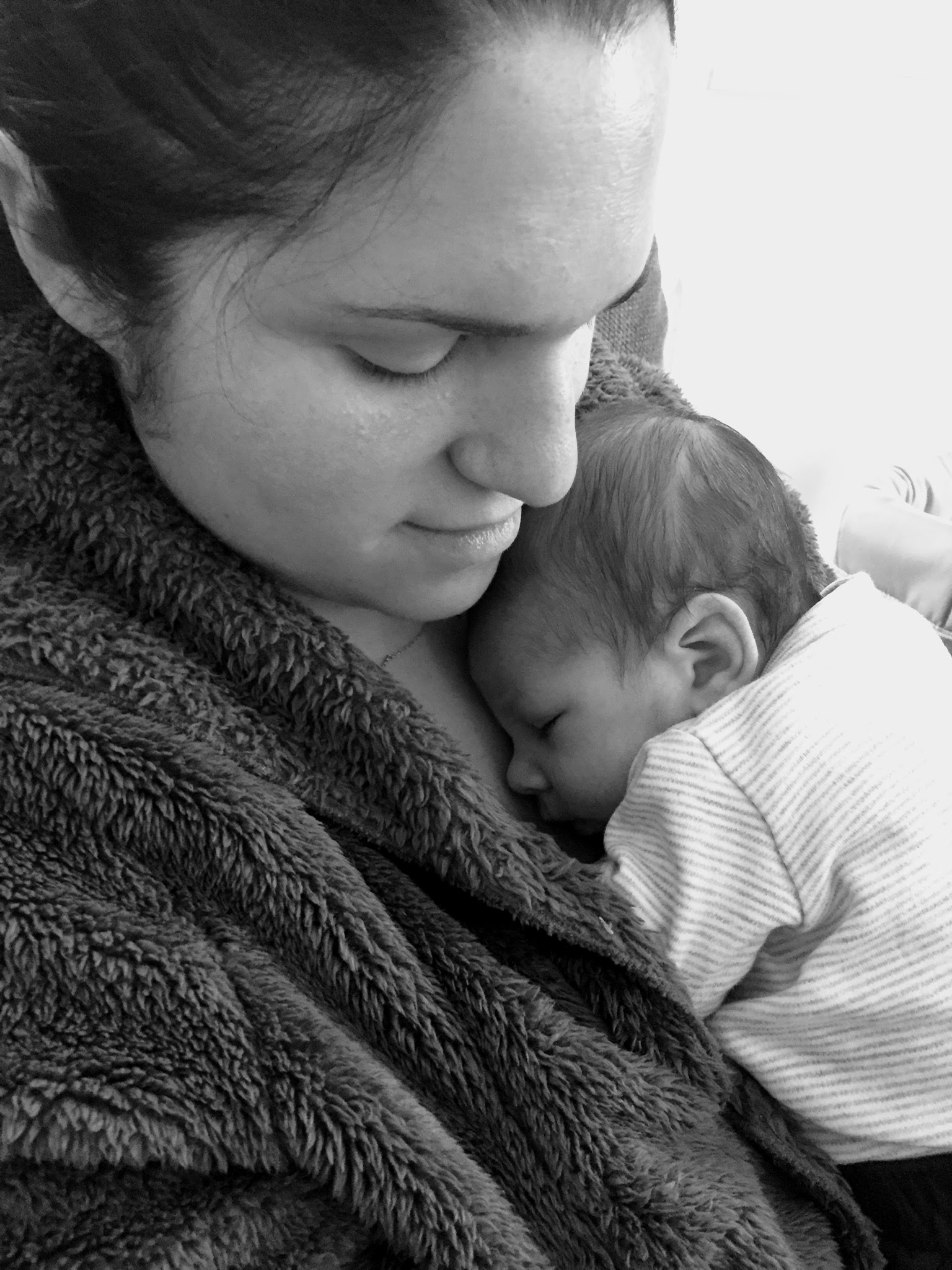 When I was pregnant with my first baby, I planned on breastfeeding him. I had imagined peacefully nursing the days away in my new glider as audiobooks played softly in the background. And I figured it would be pretty straightforward–after all, human milk has sustained life for millennia. How hard could it be?

You know where this story is going. When my son was born, I was blindsided by how monumentally difficult breastfeeding felt. Though I did everything I could, he wasn’t gaining enough weight. Even though I visited multiple lactation consultants, I still struggled. I was left with little choice but to supplement heavily with formula. I was devastated, but not about formula, which in and of itself didn’t bother me. Instead, I felt like a right of passage of motherhood–feeding my baby with my own body, on my own terms–was seemingly ripped out from under me, no matter how hard I tried to salvage it. The breastfeeding relationship that I thought was supposed to be instinctive, automatic, and born along with my baby instead felt like a failure of my body. 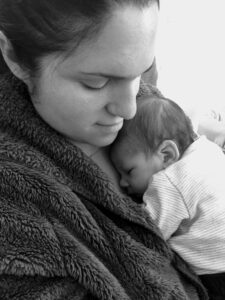 Me with my first baby. Breastfeeding was a huge struggle, and it cast a cloud over everything about my postpartum life.

I am not alone in my experience. Today, the majority of mothers in the US–84%, as reported by the CDC–start off breastfeeding their babies at birth. This may seem like a high number, until you look closer. The dropoff in breastfeeding rates over the first few weeks and months is swift and steep. Although pediatricians advise that babies be exclusively breastfed for six months, only one out of four babies meet this recommendation. Of mothers who breastfeed, most of them–60%–report stopping doing so before they’d wanted to or planned. Add feeding difficulties like low supply, nipple pain, and engorgement to the already challenging world of postpartum life, and the whole “fourth trimester” can feel even more stressful.

Much of of the media coverage around the recent infant formula shortage that stemmed from a double whammy of supply chain issues and a massive product recall–a true crisis for hundreds of thousands, if not millions, of families–focused on stories about mothers who, much like myself, tried to breastfeed but struggled. Although these stories are important and deserve to be told, it’s time to ask the next logical question: Why is this thing that is perhaps the most natural thing we do so hard for so many mothers?

The answer lies in the dominance of infant formula, and how formula has impacted breastfeeding over the generations. We can, and should, acknowledge the important role of formula, which is lifesaving in some situations. Some parents prefer using formula to nursing or pumping. Nobody should ever be judged for how they feed their babies. Breastfeeding is especially difficult in a country without paid leave, where some parents have to return to work soon after giving birth. But it’s also of vital importance to shine a light on the imprint of the formula industry on breastfeeding stories like my own, and those of millions of other American mothers. 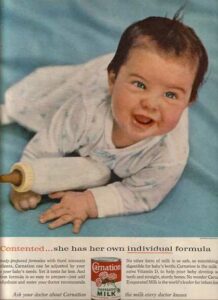 “No other form of milk is so safe, so nourishing, so digestible for baby’s bottle.” A formula ad from back in the day.

Formula has been the predominant way babies have been fed for much of US history. Indeed, infant formula marketing has a dark but remarkably successful history across the globe. In the US, breastfeeding rates declined from 90% in the 20th century to approximately 42% in the 21st century. As a result, many, if not most, mothers today were formula fed themselves. And with breastfeeding often considered to be an act that should be done in private, under a cover or behind closed doors, many new parents are seeing breastfeeding happen up close for the very first time when they do it with their own babies. That was true for me when my first baby was born.

But breastfeeding, like other social skills, is meant to be learned from others over the course of a lifetime. In Mighty Milk’s online breastfeeding classes, Lex Beach, IBCLC, tells the story of a gorilla in a zoo in Ohio who was raised in captivity. When she gave birth, she had never seen another gorilla nurse and did not know how to breastfeed her baby, who later died. When the gorilla became pregnant again, the zookeeper recruited human mothers to nurse near her. The gorilla, mimicking the human mothers, was able to successfully nurse her baby. It makes sense that so many American mothers struggle with breastfeeding when we are flying blind, often with virtually no prior knowledge to fall back on. 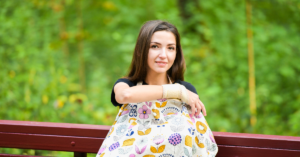 In the US, breastfeeding often happens in private or under a nursing cover. But it’s meant to be learned by watching others do it out in the open.

What’s more, often what we think we know about breastfeeding is in fact based on norms for formula-fed babies. The stronghold that formula has had on our feeding practices for so long means that breastfeeding knowledge that would otherwise have been passed through generations has been lost. It was replaced instead with standards adopted for bottle-fed babies.

Take feeding schedules as just one example. With my first baby, my pediatrician instructed me to nurse him on a schedule, about every 2–3 hours. But this guidance, which generally works for bottle-fed babies, is not based in the science of milk production. (Pediatricians in the US are only required to receive three hours of lactation training.) Milk production doesn’t work on a schedule, and babies can’t read clocks. It is designed to work as a supply and demand system, where babies nurse very frequently throughout the day and night whenever they show signs of hunger. Nursing babies on a schedule can result in an array of challenges ranging from low supply to mastitis.

The good news is, we can help parents reach their breastfeeding goals. Multiple studies have shown that prenatal breastfeeding education improved outcomes, including breastfeeding duration. International Board Certified Lactation Consultants (IBCLCs) are a hugely important source of support for mothers. A study in the American Journal of Public Health showed that women who regularly consulted with an IBCLC were more than four times as likely to exclusively breastfeed their infant at one month and nearly three times more likely to do so at three months compared to those without such instruction and support. Providing more training to pediatricians, whom parents often trust with advice, could also make strides in improving outcomes. Encouraging parents to join support groups with other breastfeeding families provides another avenue of opportunity.

I am proof that these measures can work. As I write this, I am sitting in that same glider I struggled to nurse in with my first baby, exclusively breastfeeding my second child, who just turned six months old. My difficult breastfeeding journey with my first-born inspired me to start my company, Mighty Milk, which provides online breastfeeding and pumping classes for new and expectant parents led by an IBCLC. With my second baby, my life looks vastly different. With the knowledge gained from Mighty Milk’s classes, I went from suffering with low supply with my first baby to exclusively breastfeeding my second baby; in fact, I have enough milk in my freezer that I will donate my excess supply. The smoother experience with breastfeeding this time around has made my entire transition to postpartum life more peaceful and less fraught with anxiety. 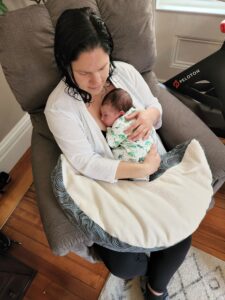 I went from struggling with low supply with my first baby, to thriving with breastfeeding with my second, above.

In this era of pandemic, supply chain crisis, war, and increasing incidences of climate-related disasters, being able to safely feed our infants has never in recent memory been so urgent. Any parent who wants to breastfeed should be able to breastfeed. We should be able to trust our bodies to feed our babies, anywhere and anytime they are hungry. Only then will we be able to reverse the damage done by wiping out generational knowledge of breastfeeding and empower families to feed their babies on their own terms.