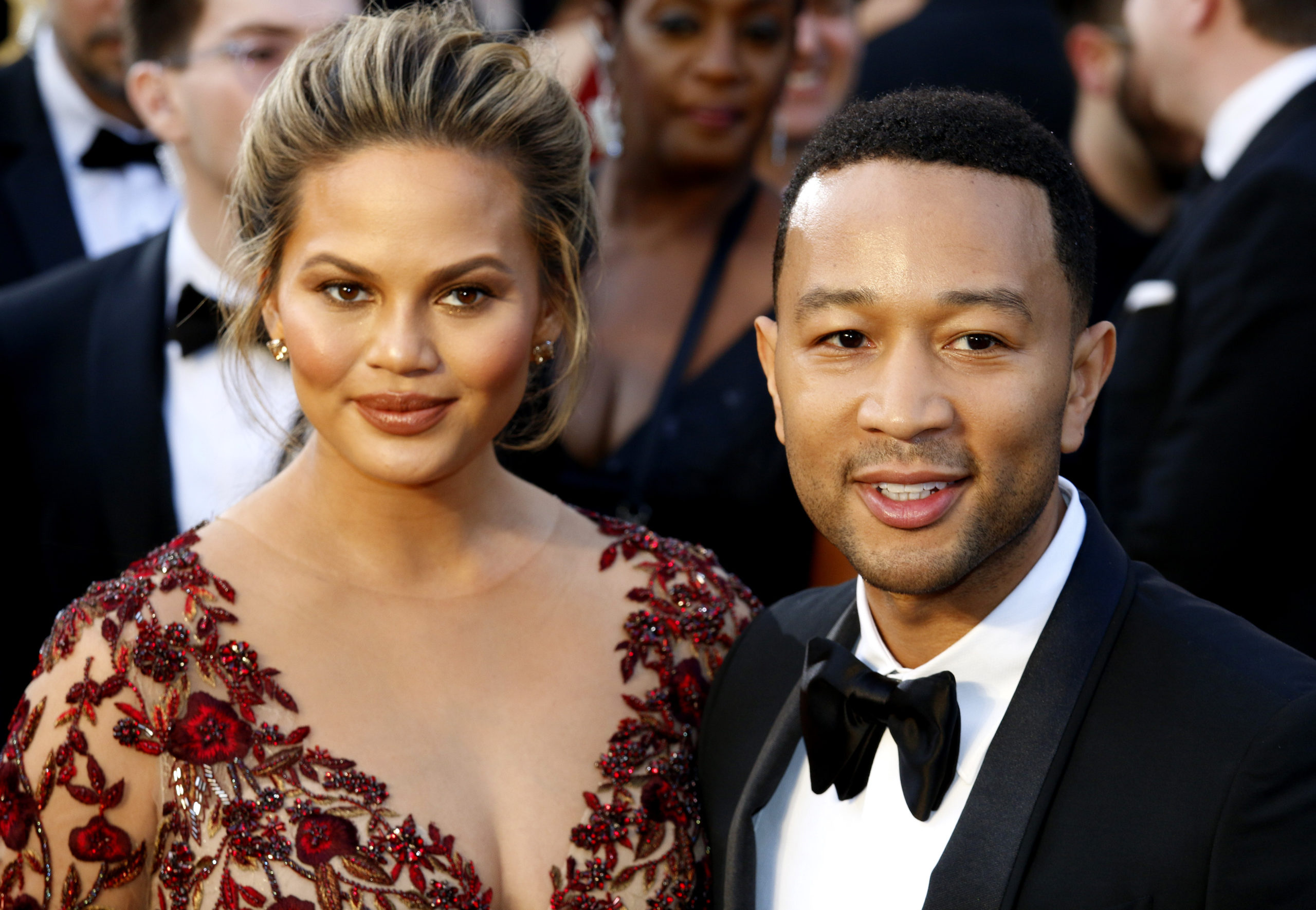 This week, the celebrity Chrissy Teigen unleashed a thread of emotional tweets about her struggles with breastfeeding to her 13 million followers. Those tweets were then re-tweeted over 14,000 times, shared on other social networks, and picked up by sources like People.com and The Today Show. Chrissy has built an enormous and loyal following because she talks about important issues that tend to be taboo in the mainstream. Messy, painful, yet very common issues like miscarriage, depression, and, now, challenges with breastfeeding. Chrissy’s story, and the enormous response that followed, are incredibly important, because they highlight the undeniable fact that there is a breastfeeding crisis in America.

ok I’m gonna say something and you all are definitely gonna make it a thing but here goes: normalize formula.

normalize breastfeeding is such a huge, wonderful thing. but I absolutely felt way more shame having to use formula because of lack of milk from depression and whatnot.

I remember pumping my ASS OFF, highest mode, so often, because I didn’t trust milk was going into their mouthes if I breastfed. it drove me mad to the point I could only get an ounce. an ounce!

the stress of it, combined with the guilt that you cannot do nature’s most natural thing for your own baby is too much. I dunno why this is my crusade now. I just remember the sadness I felt and want you to know you are doing it right if your baby is fed, mama.

Although she may be queen of the A-listers, Chrissy and us regular folk have something in common: feelings of failure and even depression about breastfeeding. Chrissy is similar to the millions of mothers in the US who start off breastfeeding their babies at birth, but aren’t able to continue for as long as they intend or want to. She is among millions who feel frustrated, overwhelmed, and defeated by breastfeeding. The American Academy of Pediatrics recommends that babies should be exclusively breastfed through the first six months of life. But in the US, we are a far cry from making that recommendation a reality. Stats from the CDC show that while 84% of mothers start off exclusively breastfeeding their babies, at one month, that number has fallen to 59%. At month six, only 26% of babies are exclusively breastfed.

Chrissy’s breastfeeding journey was mine, too. I wanted to breastfeed my baby, and even though I went to the ends of the earth to try to make it work, it didn’t pan out the way I wanted it to. I ended up giving my baby supplemental formula, and like Chrissy, I felt guilty. I felt like I had failed my baby, and I was so frustrated that I wasn’t able to feed him on my own terms. Thousands of people responded to Chrissy’s tweets expressing similar sentiments.

👆This. Currently my feelings right now. Struggling to pump more than an ounce at a time, baby struggling with latching and in the meantime I have painful cracked and bleeding nipples from failed attempts at breastfeeding. The shame around this is so real.

But we in the US and other Western cultures need to take the conversation one step further. We need to ask the question nobody is asking: Why is breastfeeding so hard for so many mothers? Why does it feel, like Chrissy says, so stressful despite it being “natural?” Why do so many parents who very much want to breastfeed their babies abandon their hopes? If breastfeeding is how humans survived for millennia, why would it be so difficult?

It’s important to look at the root cause of breastfeeding struggles, because when you understand why so many of us struggle, addressing the problem itself becomes much easier.

According to Lex Beach, an International Board Certified Lactation Consultant and mother of seven children, in our culture, parents do not have a realistic picture of what “normal” breastfeeding looks like. Our expectations for what the newborn phase looks like are heavily shaped by bottle-feeding norms, even if we are unaware of it. Many parents don’t understand the basics of how milk production works, and the need for newborns to nurse very frequently. Like Chrissy tweeted, we are uncomfortable with the fact that we can’t see how much breastmilk our babies are getting. Our instinct is to think that something is horribly wrong much of the time: My baby isn’t getting enough milk! I’m not producing enough! I need to boost my supply! Distrust of our bodies, and our abilities to feed our babies, is pervasive and real. And it is one of the major reasons why breastfeeding in the US is not going well.

The American Academy of Pediatrics did a study in 2008 on why mothers stopped breastfeeding in the first year. The perception that their infant was not satisfied by breast milk alone was cited consistently as one of the top three reasons to stop breastfeeding, and was more prevalent with low income Hispanic mothers and mothers of lower socioeconomic status. Mothers’ concerns about lactation and nutrition issues (the perception that breast milk alone didn’t satisfy their baby) were the most frequently cited reasons for stopping breastfeeding during the first two months.

In reality, most of the time, mothers are capable of producing plenty of milk for their babies. But, when they don’t nurse their babies frequently enough, or when they introduce formula because they are worried they aren’t making enough milk, their supply can suffer. It’s like a domino effect. When we start to worry that things aren’t going well, and we don’t know how to accurately assess whether our concerns are valid (namely, through weight checks), the problems about supply that we fear can become real.

But for parents like Chrissy and me who want to breastfeed our babies, throwing up our hands and switching to formula does not need to be the only solution. An entire generation of parents does not need to give up on our breastfeeding goals. There is a better way.

Instead, we need to educate parents on what normal breastfeeding looks like. Many American mothers today have never seen breastfeeding happen up close before their baby is born. Yet, according to Lex Beach, IBCLC, breastfeeding is not entirely instinctive for mothers—it is meant to be a learned behavior. Of course we struggle when we don’t know what to expect, when we don’t feel confident about how to position our babies, when we don’t know the signs that breastfeeding is (or isn’t) going well. When our expectations for our breastfeed babies are shaped by bottle feeding norms, it’s not surprising that everything feels so hard.

This is in contrast to other cultures, where breastfeeding happens out in the open instead of behind closed doors. In Mongolia, where exclusive breastfeeding rates are among the highest in the world, public breastfeeding is celebrated and encouraged. It makes sense that if you are surrounded by cousins, friends, and sisters who exclusively breastfeed their newborns, and you have a lifetime of knowledge built up from watching successful nursing happen up close, breastfeeding your own baby would feel much less daunting.

Although prenatal breastfeeding education isn’t an equal substitute for a culture that supports and encourages breastfeeding, it can go a long way in helping mothers understand what is normal and what to expect. When expectant parents educate themselves on what breastfeeding a newborn looks like before their baby arrives, they feel less blindsided and more prepared. When parents understand how often their baby needs to nurse (very often), that some mothers need to nurse more often than others, and that variation is normal and okay; when parents know ahead of time the signs that breastfeeding is going well, as well as the signs it’s time to get extra help, it can de-mystify breastfeeding and make it feel much less stressful and much more rewarding.

Of course, like Chrissy said, feeding your baby by any method is the most important thing. Not all mothers want to, or can, breastfeed. People of color face additional, systemic challenges around breastfeeding that date back hundreds of years and persist today. No one should feel any guilt about feeding their baby formula, whether by choice or necessity.

But it’s also crucially important that parents who want to breastfeed their babies are empowered to do so. They deserve to spend the early weeks and months without feeling totally overwhelmed about and panicked about breastfeeding, full of self doubt. We as a society don’t have to, and should not, give up on nursing our babies. By educating parents on the basics of breastfeeding, and by teaching them how to avoid common challenges, we can save them from the feelings of depression and desperation shared by Chrissy and countless others. We can do something about the breastfeeding crisis in America. What better time to start than now?

Kate Miller is the Founder of Mighty Milk. She lives in Massachusetts with her husband and amazing, rambunctious toddler Judah. 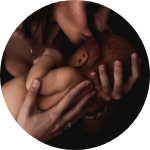